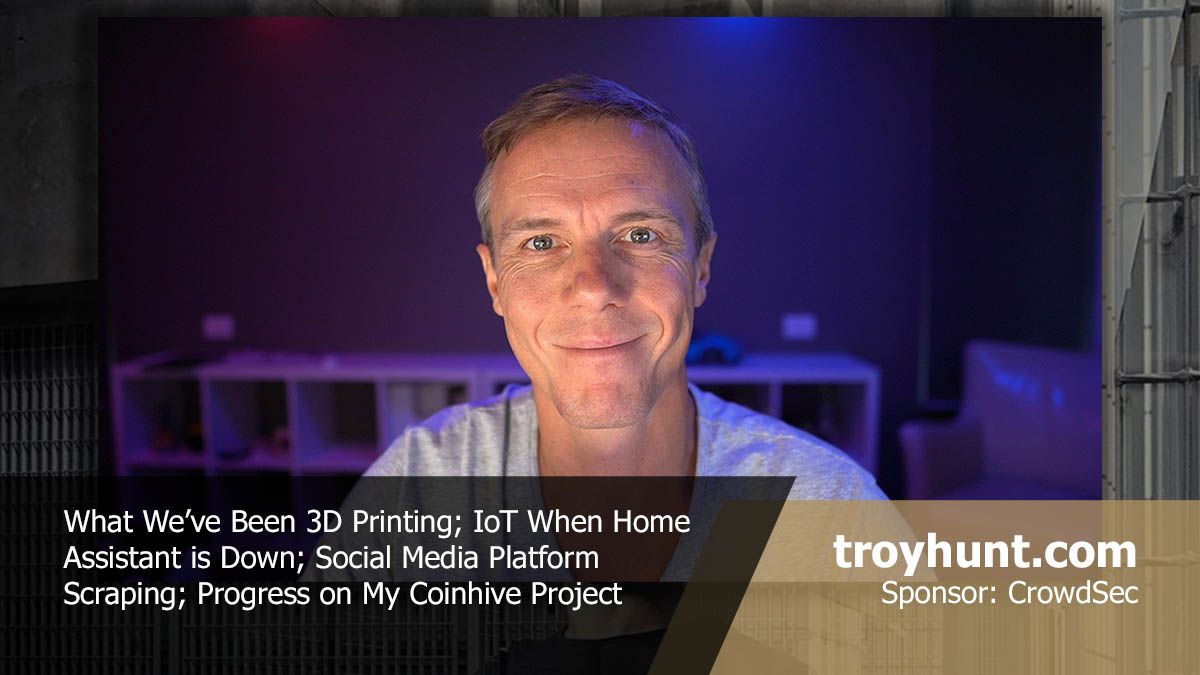 Lots of bit and pieces this week, most of which is self-explanatory based on the references below. One thing to add though is the outcome of the ClearVoice Surveys breach I live-tweeted during the stream: someone from there did indeed get in touch with me. We spoke on the phone, they confirmed the legitimacy of the breach and acknowledged they'd seen it posted to a hacking forum where it's now spreading broadly. They're working on their disclosure but as I said to them on the call, the fact it's now spread so broadly means I'm notifying my HIBP subscribers ASAP, which I've just done. 15M more record are now in there and based on the backlog I'm currently working through, there'll be well more than that many again by the time I do next week's update.