In the last few years I have walked a lot. Longer distance paths such as the Thames Path, the LOOP, and the North Downs Way. During 2021 I walked the length of the Grand Union Canal, and in the last few months I did one-day hikes on routes in London, with the intention to pick longer walks again in summer, such as the South Downs Way, and The Ridgeway. I use the Waymarked Trails website to find the smaller routes, which uses data based on OpenStreetMap. I have been contributing mapping data to OpenStreetMap for more than a decade now, and find it generally the best mapping data in the UK, especially in the country side.

When I was planning my second walk of this year at the beginning of January, I read on Twitter that a new section of the England Coast Path had opened. The new section that goes from Woolwich in London, to the Isle of Grain in Kent. At Woolwich it connects with the Capital Ring and now also the Thames Path, which got extended from the Thames Barrier to the start of the new section of the England Coast Path. As it is a totally new part, it wasn't mapped on OpenStreetMap either yet, something that just had to be added by someone! I decided that someone would be me. Here be dragons.

This meant that on January 15th, 2022 I headed out to Woolwich Arsenal on the Tube and DLR to do some proper surveying. I found a GPX file to use in case the England Coast Path wasn't clearly mapped, so that I would not get lost.

When I got to the Thames to start, I was greeted with fog. Lots of fog. 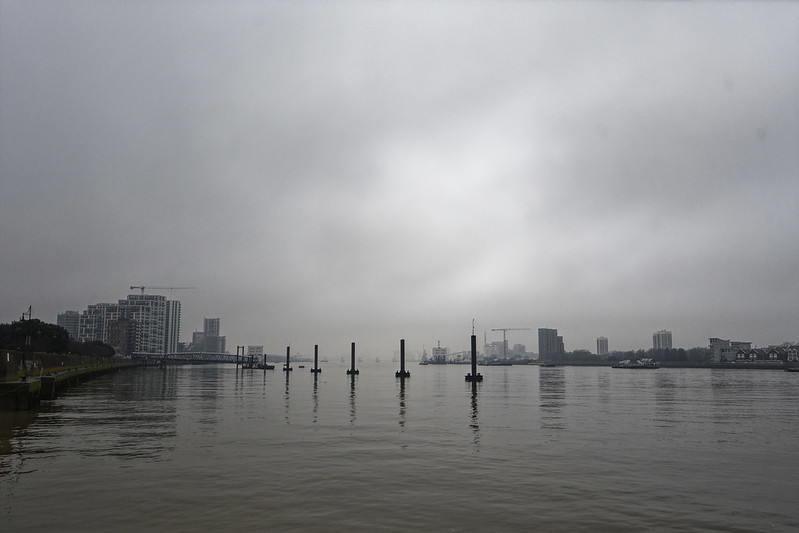 Who would have thought that a cold day in January would bring fog to the Thames? This however, did not deter me from attempting the first section. From here to Greenhithe.

After leaving urban Woolwich Arsenal behind, the route takes past the Plumstead Marshes, around Cross Ness. I then came upon the Victorian Crossness Pumping Station, which was used in the 19th and 20th centuries to pump sewer from London into a reservoir which was then released into the Thames — downstream from the city. It has now been converted into a museum.

The building also marks the start of a stretch along the Thames full of loading docks, piers, and cranes. Some still in use. At one point, there is a viewing platform that allows you look South across the Crossness Nature Reserve (where they stored the poo during earlier times). 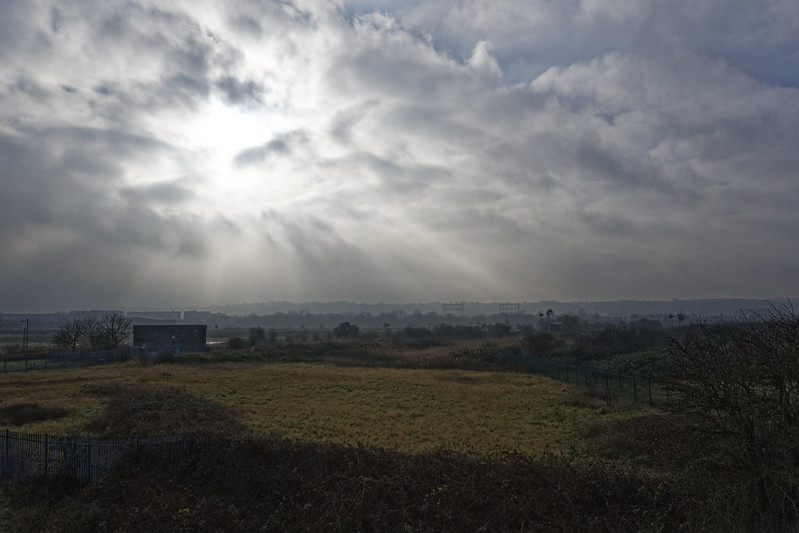 Between there and Erith, it is more piers, silos, and cranes. Erith is not a particularly interesting town, but it is where nearly a decade ago I started my first long distance walking adventure, the LOOP.

The path East of Erith along the Thames is blocked by a large industrial estate, and you have to divert along a road which lots of heavy traffic, even on a Saturday. It is not a particularly nice section, and for many people this would be the first encounter with the LOOP. I hope it does not put too many people off walking the rest of it, as it gets much better. The England Coast Path follows the LOOP for a significant distance, so I soldiered on.

Once you get back to the Thames, there is some pleasant walking, and I believe the path has been restored as I remember it being a mud bath. There were a few other walkers about, and I had a little chat with a couple that was carrying the London LOOP guide book, and assured them it would only get better. 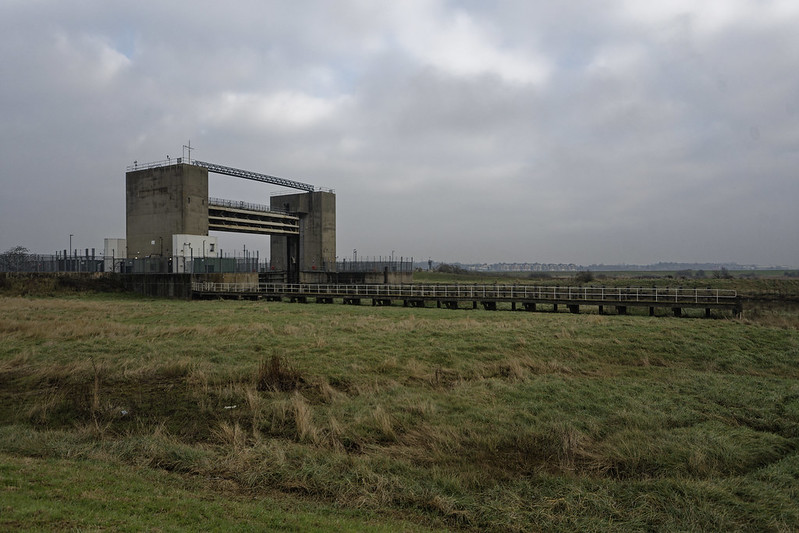 The Thames continues on the other side of the Darent, but there is no bridge which means you have to go around the river, through a small industrial area, along the river Cray, back up, and along a busy dual carriage way, past a quarry, and then back along the river Darent to the Thames. It takes an hour and a half, even at my quick walking pace. It was not always easy walking on the paths either, as many of them were chewed up by dirt bike tires, making it all a muddy mess. Now that I had crossed the river, I had also arrived in Kent.

Just east of the river Darent, the Dartfort Clay Shooting Club has their shooting range. I was warned that I should be weary of falling shot due to their activities, but I thought that was more of a joke then the truth. It wasn't, as I actually got hit by falling show on my head. Ow! Luckily neither me, or any of my camera equipment got damaged. I don't understand how they can get away with this, especially as I was so close to the Thames.

Continuing along the river the Queen Elizabeth II Bridge grows larger and larger, and by the time you pass Amazon's fulfilment centre, it is close enough to make out the individual cables of the cable-stayed bridge that forms part of the Dartford Crossing. The bridge is only used for Southbound traffic. 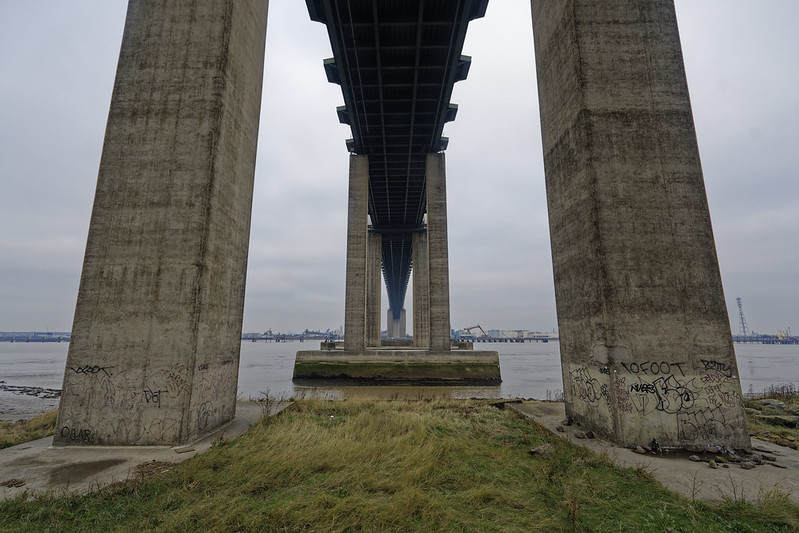 After another few kilometres zig-zagging through an industrial landscape I came upon Greenhithe, where after nearly 5 and a half hours I finished the first 32km of this new section of the England Coast Path.

I took the train home after I found the station, which was fairly well hidden behind a hill and in a valley. At home I enjoyed some tasty beers to relax.

Stay tuned for parts two and three! You can find more photos in my Flickr set England Coast Path.