If You Don't Want Guitar Lessons, Stop Following Me 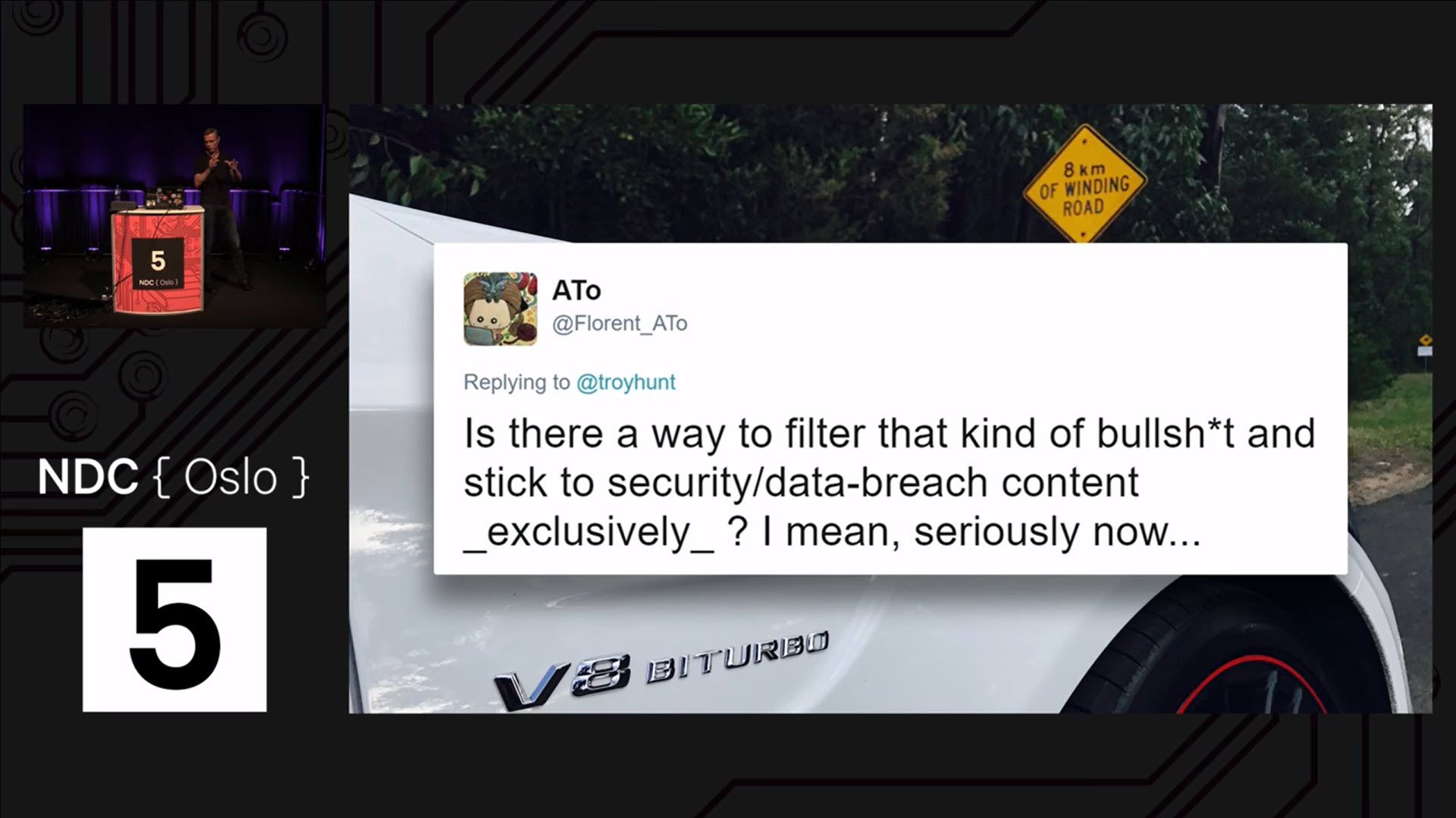 I've had this blog post in draft for quite some time now, adding little bits to it as the opportunity presented itself. In a essence, it boils down to this: people expressing their displeasure when I post about a topic they're not interested in then deciding to have a whinge that my timeline isn't tailored to their expectation of the things they'd like me to talk about. The key term in that sentence is "my timeline" and as most of this relates to Twitter, there's a very easy way to understand whose timeline you're looking at:

This is me, talking about the things that I find interesting. Ricky Gervais does an amazing job of explaining what I'm about to delve into so do yourself a favour and spend a minute watching this first:

And therein lies the inspiration for the title of this blog. His comedy skit nailed it too: my Twitter timeline is literally just me talking about the things I'm interested in and whilst that might be predominantly technology and infosec stuff, turns out I actually have a life beyond that too. For example, just yesterday I thought it would be nice to take a boat ride and enjoy the impending summer weather down here:

Beautiful day out! Lots of lovely responses in the comments too plus, at the time of writing, 144 likes. But not everyone was happy with us being out enjoying the sunshine:

What is this #ShowOff by the privileged tech leaders nowadays (@mitchellh, @troyhunt). We have pandemic and people stuggeling for existence, climate crisis threatening our kids future and we are all about planes, boats and huge houses. Hope I'm not just jeolous or the Twitter AI

In my mind I'm hearing this person in his best Ricky Gervais voice grumbling "but I don't fucking like boats"! Ok, guess you could just ignore them then, would that work? And yes, I know times are tough in many places in the world right now and if that's what you'd like to focus on then by all means, seek out that content. But someone not wanting to see the joy in other people's lives and then berating them for sharing it is just plain stupid.

Don't think this is just a pandemic era phenomenon though; when I bought a new car a few years ago, I was excited and as such, I shared that excitement online:

Is there a way to filter that kind of bullsh*t and stick to security/data-breach content _exclusively_ ? I mean, seriously now...

(Side note: I talked about this particular tweets in my Hack Your Career talk at NDC Oslo a few years ago, deep-linked just to the right spot for your viewing convenience.)

Now, there's one reason and one reason only why I tweeted about the car and I'll summarise it succinctly here:

This is not a hard concept to grasp: I post things to my feed I get pleasure from and this person grumbling about "I don't fucking like cars" has absolutely zero impact on my propensity to post more cars in the future (I've posted a lot of car tweets since then). I mean you should see how many pics I post of beer! Oh yeah, apparently that's not on either:

Skimming through the last week of Troy's posts I only see pictures of food, beer, and self promotion
Someone with an audience his size should be using it to help and amplify more important people and issues. Great deal of respect for your work on haveibeenpwned, but disappointed https://t.co/6HdBMYcOnO

I can't recall precisely what the food was but if I felt it was Twitter-worthy, it was probably epic 😎 And as for self-promotion, turns out my livelihood does kinda depend on sharing the things I do so that people might take out blog sponsorship or get me to do a talk or allow me to engage in other activities that pay me such that I can buy more food and beer. But David doesn't fucking like food and beer.

I find the sleight against self-promotion in particular a nonsensical position to take on a social media platform I use to amplify my messaging. This aligns very closely to my professional persona as do tweets about how I work or, as I shared quite extensively around the middle of the year, the environment in which I work:

Rich man office, are you showing off? So many IT people in the world could not afford half of one monitor or that ergonomic desk

Beyond not so subtly expressing that he doesn't fucking like big monitors, Hakim doesn't really make it clear what can be shown without hurting his feelings. Just one screen? What if it's one of those really slick high-DPI ones that gets really pricey? And what makes that desk "ergonomic"? It's flat on the top and has four legs, is that it? Never mind the fact it's 11 years old and worth nothing and besides, while we're talking about fancy devices:

So many people in the world could not afford the pocket-sized supercomputer you tweeted that from, but that doesn't seem to bother you

It's a constant frustration to see people behave in this fashion, where they pick something that I found interesting, put on it my timeline and because it's not appropriately curated to their personal desires, they sit down and have an angry keyboard rant. Thing is even when I'm bang on topic in terms of the content people expect from me - bang "on brand" as you'll see in a moment - people still get cranky:

Dude, come on. I get it’s your brand, but THIS is what you choose to address? Black men are being murdered, but whatever, let’s just talk fucking security shit. You want to draw attention to falsehoods help us, point out white nationalists being the perpetrators behind looting

Yeah, she pretty much nailed it in terms of being "on brand" because investigating data breaches and writing about their aftermath is pretty much what I've carved out a name for myself doing! But Jennifer doesn't fucking care about disinformation campaigns stemming from data breaches designed to influence public sentiment, and she damn well wants me to know that.

If what I tweet doesn't resonate with you, unfollow me. But don't for a moment think that jumping on the keyboard and telling me you didn't come to my timeline to read what I've put on my timeline is going to influence me one little bit. Right, glad I got that off my chest, I know exactly what I need right now:

Ah, the perfect accompaniment with which to finish this next blog post 🍺 pic.twitter.com/vlx18DUOSH

« ★ The best PRs we got in October - SymfonyWorld 2020: Keynotes announcement! »