The Semantic Code team shipped a massive improvement to the language support system that powers code navigation. Code navigation features only scratch the surface of possibilities that start to open up when we combine Semantic‘s program analysis potential with GitHub’s scale.

GitHub is home to over 40 million developers worldwide. Our team’s mission is to analyze code on our platform and surface insights that empower users to feel more productive. Ideally, this analysis should work for all users, regardless of which programming language they use. Until now, however, we’ve only been able to support a handful of languages due to the high cost of adding and maintaining them. Our new language support system, CodeGen, cuts that cost dramatically by automating a significant portion of the pipeline, in addition to making it more resilient. The result is that it is now easier than ever to add new programming languages that get parsed by our library.

Before Semantic can compute diffs or perform abstract interpretation, we need to transform code into a representation that is amenable to our analysis goals. For this reason, a significant portion of our pipeline deals with processing source code from files on GitHub.com into an appropriate representation—we call this our “language support system”. 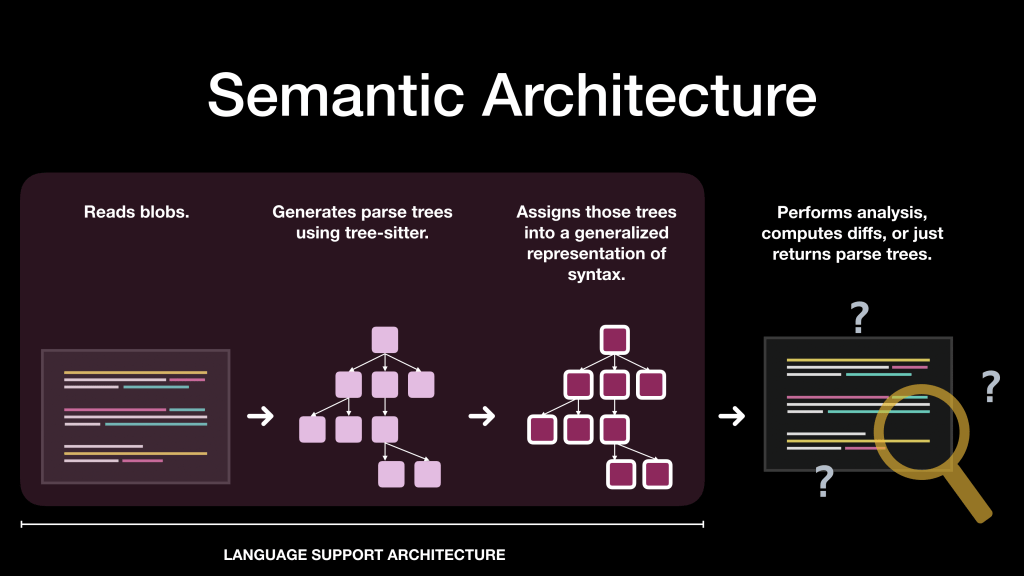 Adding languages has been difficult

Zooming into the part of Semantic that achieves language support, we see that it involved several development phases, including two parsing steps that required writing and maintaining two separate grammars per language. 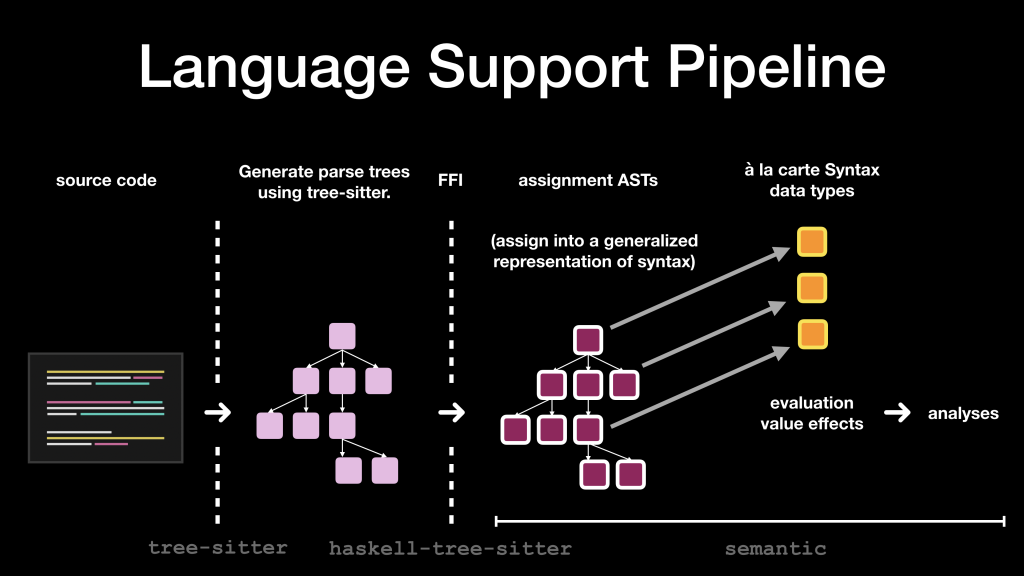 Reading the diagram from left to right, our historic language support pipeline:

Challenges posed by the system

The process described had several obstacles. Not only was it very technically involved, but it had additional limitations.

To address challenges, we introduced a few changes:

The final result is a set of language-specific, strongly-typed, TH-generated datatypes represented as the sum of syntax possible at a given point in the grammar. Strongly-typed trees give us the ability to indicate only the subset of the syntax that can occur at a given position. For example, a function’s name would be strongly typed as an identifier; a switch statement would contain case statements; and so on. This provides better guarantees about where syntax can occur, and strong compile-time guarantees about both correctness and completeness.

The new system bypasses a significant part of the engineering effort historically required; it cuts code from our pipeline in addition to addressing the technical limitations described above. The diagram below provides a visual “diff” of the old and new systems. 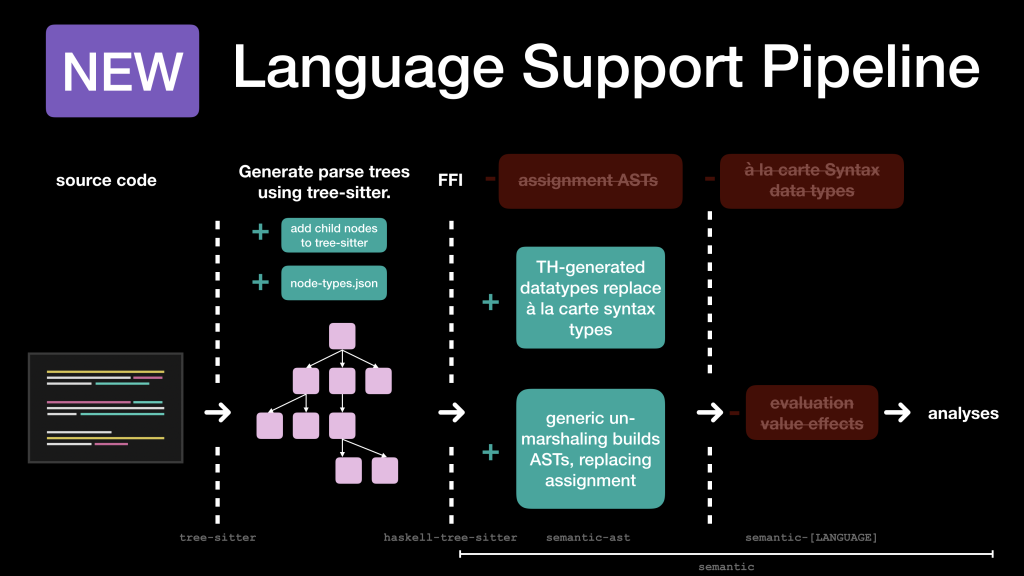 A big testament to our approach’s success was that we were able to remove our à la carte syntaxes completely. In addition, we were also able to ship two new languages, Java and CodeQL, using precise ASTs generated by the new system.

To learn more about how you can help, check out our documentation here.