“A project manager’s work should not focus on dealing with problems; it should focus on preventing them,”—this is how Rita Mulcahy started a chapter about Risk Management in her great book PMP Exam Prep. Sounds smart, but how does a project manager know about the problems which are supposed to be prevented? This is what that chapter and Risk Management Tricks of the Trade for Project Managers (yet another great book by the same author) are dedicated to. What I learned from these books, and from my multi-year experience of identifying, analyzing and dealing with risks, is that the best format for specifying them consists of three parts: cause, risk, and effect. 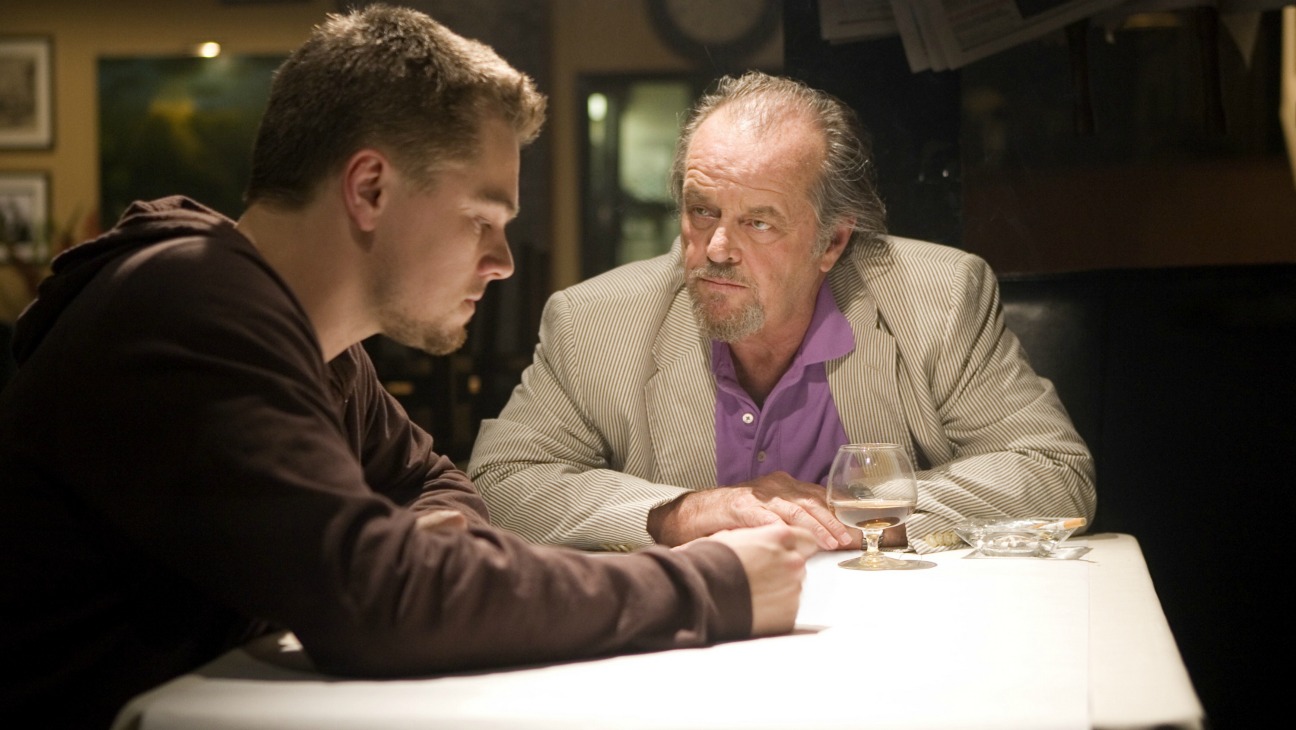 The Departed (2006) by Martin Scorsese

Let’s start with a simple example. I developed Sibit, a simple Ruby gem, just a few weeks ago, which is a command line Bitcoin client. You can check your Bitcoin address balance with it, and send a payment to another address, in just a single command line call. It works just fine, but it does all its operations via the Blockchain API over HTTP.

This means that if one day the API gets changed, the gem will stop working. It’s a risk. It not yet an issue, since now the API works exactly as the gem expects it to work, but it’s a very much anticipated problem. When it happens, the gem will stop working, its users will not understand why and will simply stop using it. They will also think of me as the creator of some garbage that is not maintained well and doesn’t work. Not really good for my reputation, right? 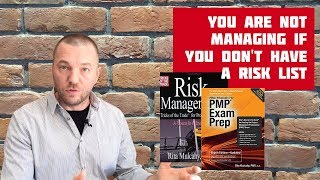 M74: If your project doesn't have a formal Risk List, you are doing management wrong; 18 April 2019.

Just like Rita Mulcahy suggested above, I shouldn’t just wait until a very disappointed user emails me. I should pro-actively deal with this risk somehow. How? Well, I can do a few things. First, I can create a few integration tests to check whether the API still supports the protocol I’m expecting, and make sure my CI runs the build, say, once a day. Once the build goes red, I should get an email and react accordingly by fixing the gem before its users notice the problem. Second, I can manually check the repo every week, for example, to make sure it’s still in a good shape and works against the API.

Now, let’s turn this story into formal risk management. I took the titles of the subsections below from the PMBOK Risk Management chapter.

First, we identify the risk. It will consist of three parts:

The cause is something that we have and which is a fact. The risk is the anticipated event, which may happen or may not. The effect is what will happen if the risk occurs. Why do we need to split it in three parts? Technically, if we put them together, here is how it will sound: “Since Sibit uses the Blockchain API and the API may be changed without notice users will be disappointed.” But it’s better to clearly define cause/risk/effect components, because, guess what … we may have different combinations of risks, effects and causes. For example, how about identifying an additional risk for an existing cause:

It’s a different risk from the one we had before. The API will not change, but will disappear entirely from the market. Is it possible? Pretty much. What will be the effect of this risk? The same—users will be disappointed, since Sibit, my Ruby gem, will stop working. Maybe there will be some other effects? Well, let’s think. If the entire API is shut down, I will have to spend a decent amount of time on finding a new one, studying it, understanding how it works, and making a lot of changes in my gem in order to make it understand the new API. I may even fail to do so, if the new API has a significantly different design. In other words, the effect of risk #2 will be something like:

On the other hand, the moment the API gets out of the market, there will be an opportunity on the market for a similar API. If we know about it at the right moment of time, we could exploit that opportunity and create a similar API for other users, right? Thus, risk #2 has an additional effect:

To summarize, this is what we have now:

Get the diagram? The cause C1 leads to the risks R1 and R2, which have a number of effects each: E1, E2, and E3. In order to be able to define such a multi-level diagram and avoid duplication of text we need to split each anticipated event into three parts.

There are some rules I learned for myself about those three parts:

Needless to say, the shorter the statements the better. A properly defined cause, risk, and effect should include up to 20 words each. Longer statements mean only one thing: the author is not clear about what’s going on and needs to spend more time investigating the situation.

Not all risks and effects are equally likely, as you can see. It is very unlikely that the entire Blockchain API will die, but it’s very likely that it may change its HTTP protocol. It would be silly to pay equal attention to all risks, since some of them are primary, while others are secondary. How do we know which one is which? We assign numbers. Here is how.

I assigned 7 and 2 to the risks above. It was my expert judgment. No math here. I just took a look at the risks and made my personal decision, as an owner/manager of the project.

Then, we assign an impact to each effect, again within the [1..9] range. Here, 1 means that the consequences we are expecting won’t hurt anyone and won’t really help anyone either, while 9 means that the effect is crucial (either in a negative or a positive way):

Again, I chose the numbers according to my expert judgement. Changing the gem according to a slightly changed API is one thing (the impact is 3), while re-writing it for an entirely new API is a completely different amount of work (hence the impact is 8).

The final step is to multiply them: probability × impact. We will get this list of risks:

You can now see what is what in our list. Even though the consequences of the second line in the list are more serious, the probability is lower and, in the overall map of the risks, this line is less important.

What we just did is called qualitative risk analysis: we determined which risks are more important and need to be addressed immediately, and which are less important and can simply be ignored for a while.

I will skip this section. I don’t think it’s important or feasible for a small software project. According to Rita Mulcahy: “As a project manager, you should always do qualitative risk analysis but quantitative risk analysis is not required for all projects or for all risks and may be skipped in favor of moving on to risk response planning.”

Now it’s time to put my response plans in place. There are basically two options for me in each positive line of my Risk List:

Well, there are other options like accepting (do nothing and just wait) or transferring (find a scape goat to blame when things go south), but they are less practical.

So, simply put, we can have a plan attached either to a risk or to an effect. We can either do something with the probability or with the impact. Well, we can do something with the cause too. For example, I can eliminate the entire list of risks if I just delete my gem and kill the project, right? There will be no trouble anymore. No frustrated users, no risks, no opportunities. This may also be a solution in some cases (though not in this one).

The bottom line is that a plan may be attached to either a cause, a risk, or an effect. I would define three plans, all mitigating the impact of E1:

Make sense? I hope so. I definitely recommend you read Risk Management Tricks of the Trade for Project Managers. It explains it all in much more detail and it’s fun to read.

I created a simple web project, which makes it possible to put exactly this type of risk structure in writing: 0rsk.com (it’s in the Zerocracy product family, that’s why the name starts with zero). You just login there, create a new project, and “add” your risks. Try it out. Then, when the risks are registered, you attach response plans to them. The interface is pretty intuitive, so you should have no issues. If there are any difficulties, don’t hesitate to submit an issue.

Now it’s time to do what was planned, to implement the plans. 0rsk turns plans into tasks, when the time comes. The tasks are explicit instructions for you, the project manager. Then you do them yourself or delegate to your project members.

In the near future 0rsk will integrate with GitHub and other task trackers, to drop new tasks there and monitor their execution. Stay tuned, there will be more features soon.

There is also a Telegram integration. Every time a new plan has to be executed, 0rsk pings me in Telegram, reminding that it’s time to work on that. Try it out, the bot is here: @zerorsk_bot.

Honestly, I find this risk-driven way of managing my scope of work very productive and results focused. First, I identify what the most important situations are in my project (which could be people, resources, bank accounts, software products, assets, etc), then I think about risks and I do this regularly, creating a few new risks every day, together with effects. Then, I plan what I can do in order to minimize their probabilities and react to their impacts. Finally, the Telegram bot starts telling me what to do every day.

Thanks to all of this, I don’t miss the overall scope—it is defined by the cause-risk-effect-plan structure in my 0rsk project—and I stay focused on what matters, every day.

Now I don’t react to problems, I prevent them, just like Rita Mulcahy suggested.

You can do too, 0rsk is free for all.

P.S. There is a curated list of causes, risks, and effects, where you can pick your the one most revelant to your case: yegor256/awesome-risks. You can even add your ideas there.